Tillandsia Zecheri – Learn everything from growing to propagation, of this beautiful silvery air plant in the short and informative article! 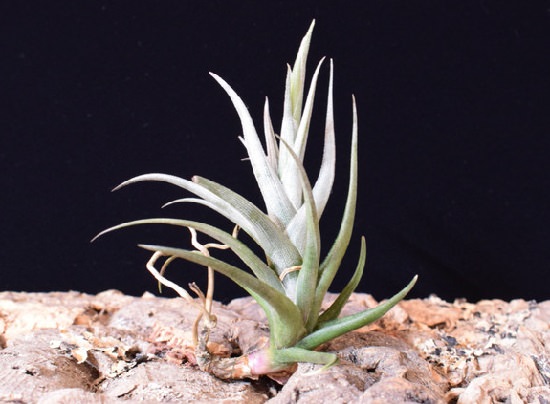 Tillandsia Zecheri is a rare and distinct plant of Tillandsia species, that was discovered in the northwestern region of Argentina by Dr. W Till in 1983. Tillandsia Zecher was found on the river banks near the valleys. Tillandsia plants are known for their evergreen nature, and ability to grow on various surfaces. Another important feature of these species is that it doesn’t need roots to absorb water. Like all air plants, it doesn’t require soil as it can attach itself on or among rocks. It uses its leaves and stems to absorb water and nutrients, and can use limited water supplies to grow and thrive. Tillandsia Zecheri can live and bloom for years if provided with the correct care and right environmental conditions.

Tillandsia Zecheri is a small plant that reaches in height around 15cm to 25cm. It has silvery green upright leaves that are wider at the bottom and turn into narrow spikes at the top. They look like narrow triangles. The leaves are always erect, but sometimes they arrange themselves on one side only. The leaves are covered with trichomes that look like small hairs frosted in silvery white powder. These silvery hairs help the plant to reflect intense direct sunlight rays. The new leaves wrap tightly to the older ones, and with time, the plant grows into large clumps. It has long, thin roots that are about 2mm in diameter and grow beneath the clumps of leaves.

Tillandsia Zecheri produces a long spiky stem with tube-like flowers that can vary in color from dark purple to blue. The plant can produce up to 3-4 flowers on its stem. Tillandsia Zecheri flower petals range from 37-40mm in length. The plant blooms for about a month, usually during November to December period. The flowers have no fragrance.

How to Grow Tillandsia Zecheri

As mentioned earlier, Tillandsia Zecheri gets its water through the leaves, while roots are these only for attaching to branches and rocks, so it is best to spray the plant with water 1-3 times a week, or you can dunk it in water for 15 minutes. Be sure to use mineral water for this that is chemical-free. You should water the plant more often in summer and less in winter. After watering, place to on a paper towel to dry before putting on the original place.

If you feel the air is too dry, you will need to dunk the plant in water to give it a good dose of water. Make sure the plant has the time to dry out before watering it again. Do not overwater it.

Occasionally, for healthy growth, you will need to apply a liquid Bromeliad or Orchid fertilizer during the growing process.

Alternatively, you can fertilize it with a tablespoon of compost tea in a liter of water.

Tillandsia Zecheri is highly vulnerable to mold and decay due to wrong watering practices. It can also be infested by aphids, small bugs that feed on sap from plants. You will be able to see the signs of infestation through the sticky substance that will form on the leaves and small bugs on the undersides of leaves. Try to remove pests manually with tweezers if possible or use a mild insecticide to solve the problem.

Propagation can be done by planting the seeds found in the flowers, but it’s really difficult. The best method is to use the offsets that are often called “pups”. Tillandsia Zecheri can produce up to twelve pups. Wait for the pups to grow at least half the size of the parent plant before separating them. If you want to separate the pup, hold it gently and twist it downwards or cut it off from the parent plant with a sharp knife as close as possible to the base. Place the pup in the water before planting it. 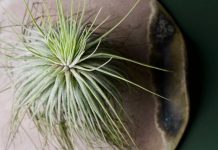